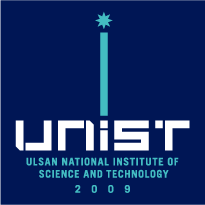 Sam H.(Hyuk) Noh received the BE degree in computer engineering from the Seoul National University, Seoul, Korea, in 1986, and the PhD degree from the Department of Computer Science, University of Maryland, College Park, MD, in 1993. He held a visiting faculty position at the George Washington University, Washington, DC, from 1993 to 1994 before joining Hongik University, Seoul, Korea, where he was a professor in the School of Computer and Information Engineering until the Spring of 2015. During this period, he served as the Chair of the Department of Computer Engineering as well as the Head of the School from September of 2013 through February of 2015. From August 2001 to August 2002, he was also a visiting associate professor with the University of Maryland Institute of Advanced Computer Studies (UMIACS), College Park, MD. Starting from the Fall of 2015 he joined UNIST (Ulsan National Institute of Science and Technology), a young Science and Tech focused national university, where he is a Professor at the Department of Computer Science and Engineering and serves as the inaugural Dean of the Graduate School of Artificial Intelligence in the College of Information and Biotechnology. He also served as the Dean of the School of Electrical and Computer Engineering from January of 2016 through June of 2018.

His research interests include system software issues pertaining to computer systems in general and storage systems in particular, with a focus on the use of new memory technologies such as flash memory and persistent memory. He is a Fellow of the ACM and IEEE and a member of USENIX and KIISE (Korean Institute of Information Scientists and Engineers).